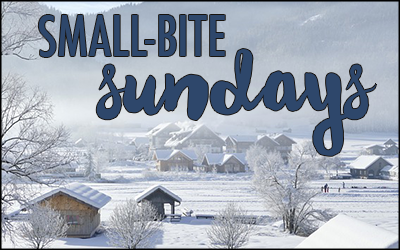 Happy Sunday, all. I know I’ve been pretty silent lately, but for once I have reasons beyond personal laziness. If you follow the (American) animal welfare world at all, you might be familiar with the massive sexual-harassment-related upheaval in the past month. Much of it has to do with my own organization. It feels disingenuous to me not to acknowledge it at all, but I also don’t feel right using a personal platform to air my own opinions when much of the turmoil is (1) still ongoing and (2) extremely sensitive.

I know, I know, that’s cryptic and unfair, but the bottom line is that I and my other social-justice-minded colleagues in the AR/AW world have been really freaking upset by what’s come out, how it happened, and what’s going on now, and it’s been hard to focus on much more than the bare minimum. So, as usual, my poor blog is the first thing to drop off.

But, here I am. Trying to get back into the swing of things and trying to remind myself that my organization is so much more than the actions of a few. Trying to remember the way our work serves the greater good. Trying to be circumspect when talking about this right now. Ahem.

There’s been all sorts of fallout from this series of events, but one unexpected piece was the way my recently reformed Facebook habits took a nosedive.  Because a national newspaper broke the story about what was happening, people were sharing info (and their own personal opinions) via social media. So I found myself scrolling through my feed, devouring all the long-winded screeds and strong opinions on both sides. Getting knee-deep into the comment threads that you should never, ever read if you value your mental health. That kind of thing. But at least that temporary dipping back into Facebook did remind me why I took a break in the first place: Because NO GOOD CAN COME OF IT. I remain committed to consuming it in healthy amounts only. :)

So! On to this weekend’s reads, and may your work life be much less turbulent than mine has been for the last month. 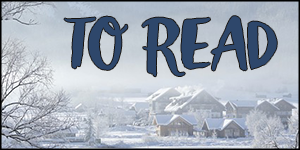 A moment of honesty: I spent many years of my life thinking that being colorblind was the ideal. I didn’t understand why Black History Month needed to be a thing. As an adult, I’ve chosen to educate myself on race, racism, and the ways we as a society continue to fail our brothers and sisters of color. It’s not easy to do educate yourself; it requires challenging long-held assumptions and being introspective and acknowledging the way damaging cultural portrayals of race have buried themselves deep in your subconscious. As an individual I know I can always do better, learn more, try harder, but I’m trying to make the effort.

All this is to say that I really enjoyed this piece on why the misuse of the term “racism” among kids is dangerous. Well, “enjoyed” isn’t the right word; I appreciated it. The piece also drove home to me the way we as a culture are so ill-equipped to discuss challenging, nuanced issues like this. I was reminded of a recent post in my neighborhood’s online forum, where a man posted to “warn” neighbors of a “stranger” who was walking back and forth down his street and checking her phone. She was black, which he noted. Many people responded, thanking him for the “warning” and urging him to call the police. When anyone tried to gently challenge him on exactly why he felt so threatened by someone who was literally just walking down the street and checking her phone, and whether perhaps he would have felt less concerned if she were white, others jumped in to immediately defend the guy and to say he was just being a good neighbor and to attack the commenters for immediately “crying racism.”

What’s interesting (and really telling) was that none of the commenters called the guy racist. None of them made ad hominem attacks. They were just trying to call out what might’ve been a case of unconscious bias, where he saw a black woman he didn’t know and thought she might’ve been a threat. If she were white, her presence probably wouldn’t even have registered. Yet many people (deliberately?) refused to see the nuance of the comments, and just wanted it to be a yes-racist or no-not-racist situation.

Anyway, this is all to say that we need to be having conversations about race with our kids as early as we can. No, it’s not easy, and no, I’m not a parent so maybe I have no say here, but exposing our kids to nuances in ways that they can relate to and understand seems like one of the only ways we as a society can tackle these challenging issues. (And, of course, parents of black children are already having these conversations. Parents of white kids need to do more.)

Coincidentally, another piece about kids — this one about a teacher telling a little girl that “only girls wear lipstick.” Even those of you who might be uncomfortable with the changing nature of gender roles — and even the changing nature of gender as a concept! — can hopefully accept that prescriptive comments like that one are harmful. This piece explains why and offers solutions for parents hoping to raise inclusive, accepting children who can (gently) challenge authority figures who make these kinds of comments.

On another topic, this achingly bittersweet piece about finding love after loss struck me for its honesty and its gentle handling of something we do really badly as a society: talking about and preparing for death. Nobody wants to have to tell a partner what he or she should do after they’ve died, but I think it would be a gift to know that someone I loved wanted me to find someone else after they were gone.

The Olympics! Seriously, this is just about all we’ve watched lately. (Shout-out to NBC for streaming it.) The only downside? As a stereotypical cord-cutting #millennial, I rarely watch commercials — so having to watch the same ones over and over during the streaming Olympics is grating. But we’ve been enjoying it anyway, and I’ve loved all the skiing events in particular. As someone who has never skied, I am in awe of the things people can do while strapped to two long sticks and holding two other long sticks. (That’s the terminology, right?!)

I love pierogies, and I want to bury my face in this pierogi casserole (not really). This is cold-weather comfort food at its finest!

A solid — and blessedly quick — recipe for easy homemade ramen from The Vegan 8. This partially inspired me to make a big pot of ramen last night, although my off-the-cuff recipe was a little more involved and included veggies and tofu for added nutrients. (To those of you following along on my “I REFUSE TO COOK” strike, yes, I made a somewhat-involved dinner! Steven is laid up with back issues so I wanted to relieve him of his kitchen duties. It’s going OK.)

What have you been reading/watching/eating?