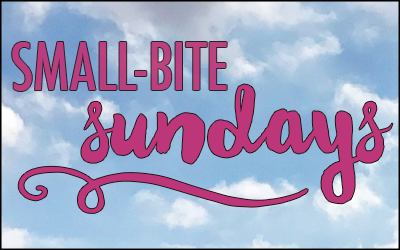 Hello, hello! I began writing this post at 11:30 this morning from my bed as I enjoyed a Lazy Sunday morning. I slept in (a rare treat), and then Steven brought me coffee (I’m spoiled) before he left to go see a movie. I read for a while, then got up to make myself some breakfast — coffee on an empty stomach never ends well. Although I’m pretty lukewarm on Follow Your Heart’s VeganEgg

, I somehow always seem to have some in the pantry, so I made myself a scramble for breakfast. By itself, the “egg” is pretty bland, so I doctored it up with garlic powder, onion powder, cumin, black beans, and some Daiya cheddar. Not bad!

Back to the Lazy Sunday concept. I often have difficulty accepting that I “deserve” a lazy day of doing almost nothing. It’s not like there are rules writ in stone for what a 30-year-old woman must do on the weekend, yet I feel guilty if I’m not spending time outside or accomplishing household tasks or working on one of my side projects. Overall, I keep a pretty healthy work-life-physical-activity-side-project balance, so there’s nothing inherently wrong with tipping the scales in favor of restfulness for a single day, right?  A week of indolence might be cause for concern; a single day (morning!) is not.

(And, for what it’s worth, I spent the early afternoon weeding the patio and then went thrifting with a friend. I couldn’t even allow myself a full day of laziness!)

Well. On to this week’s small bites, and here’s to taking time out of your day to read, watch, and eat the things that make you happy, even if you feel lazy while doing so! 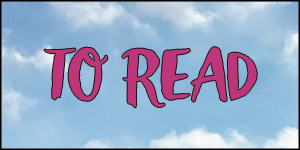 First, a science-based review of What the Health from the incomparable Ginny Messina, aka the Vegan RD. It’s so crucial to have folks like Ginny in the movement, people who are willing to speak out against the frequently unfounded claims that veganism is the only way to eat, in terms of healthiness. I haven’t watched What the Health (and, to be honest, I don’t plan to do so), but many of my fellow vegans have been absolutely gushing about it all over social media. Ginny provides a rational, science-based counterpoint to the movie, arguing that it’s harmful for quite a few reasons: for the overblown claims about how veganism affects one’s health; for its reliance on cherry-picked and even willfully misunderstood data to support those claims; for presenting an unrealistic picture of veganism that ultimately hurts the movement.

I am vegan, first and foremost, for the animals. The health benefits are secondary for me, and I do not believe we can say that veganism is the “healthiest” diet with a good conscience. Nutrition is a complex and misunderstood science, and when folks try to simplify it and sway the data in favor of a single way of eating, it’s harmful in many ways. I appreciate Ginny’s review and wholeheartedly agree with her sentiments.

Jennifer Weiner’s piece in the NYT Sunday Review section on the men who “never have to grow up” is a reminder of the ways in which our society makes excuses for (white) men and paints their misdeeds (criminal or otherwise) as “youthful indiscretions.” Pegged specifically to Donald Jr.’s dirt-gathering meeting with the Russians — and his dad’s attempt to excuse it by saying that Don Jr., a 39-year-old man, is “an honest kid” — the piece briefly covers other (white) men who benefit from this phenomenon before pointing out that women and black men never receive that benefit. It’s short and surface level, but if you’re unfamiliar with this concept or haven’t really thought about it much, it could be worth a read.

Umm… I’ve got nothing. We just finished a Parks and Recreation rewatch and have started in on The Office. The latter is basically the television equivalent of comfort food for me. :)

Doughnuts, always doughnuts. We have a fabulous vegan doughnut shop about 30 minutes away up in Frederick, but I’d been hearing about a Baltimore-based do[ugh]nut bakery for a while now. Donut Alliance had a booth at Baltimore VegFest this spring but were sold out by the time Steven and I realized it. So when I heard they’d be peddling their sweet, sweet wares at a small vegan marketplace event this weekend, I decided we had to check it out. We did! And we bought doughnuts!

Since we’re talking  vegan junk food, how about this cheesy pull-apart pizza bread from Vegan Richa? I feel like maybe I need a kid or two to come visit as an excuse to make this, but then again, I’m an adult! I can do what I want and eat what I want!

Let me know if you’ve read/watched/eaten anything noteworthy!

Editor’s note: This post includes an affiliate link. If you purchase something through my link, it costs nothing extra for you, but I get a few pennies. I’m not looking to make a fortune, just to cover hosting costs.

✅ 13.1
The goofy face of someone taking the day off for her #cancerversary and enjoying the obligatory cake, but also feeling silly about taking a photo *with* her cake, but also not caring that she looks like an awkward goof because life is too short to waste a second on vanity. ✌️
It is a truth universally acknowledged, that a single man in possession of a good fortune, must be in want of BRAAAAAAINS. 🧟‍♀️🪶📕
just a ghoul / just an ordinary ghoul
Well, we weren’t *intending* to add a third dog to the pack, but then we decided to foster this nugget through @homewardtrailsrescue, and, uh, things escalated quickly. When you know, you know. 💕 Welcome to the family, Franny! #4000beagles #adoptdontshop #fosterfail #envigobeagles #beaglesofinstagram
Betcha didn’t expect a back-to-school pic from this gal! 🍎 ✏️ 📚 But here I am, on day one of my masters program. 🤓
Belated snaps from Colorado! 🏔 Almost too much fun with my fave kiddos.
Happy Lughnasadh (or Lammas, if you prefer)! We’re halfway between the summer solstice and the autumnal equinox, and it’s time to celebrate the beginning of the harvest. 🌾
Sure, your friends might be “adults” who are “mature” and “successful,” but if they won’t play ridiculous and childish games in a lake with you in the middle of a hot summer day in Minnesota, then like, what’s the point? #crappiefest