A confession: I had an ulterior motive for making the granola I shared yesterday. I wasn’t lying when I said I’d been dreaming of it for weeks, but there was another incentive: ice cream. 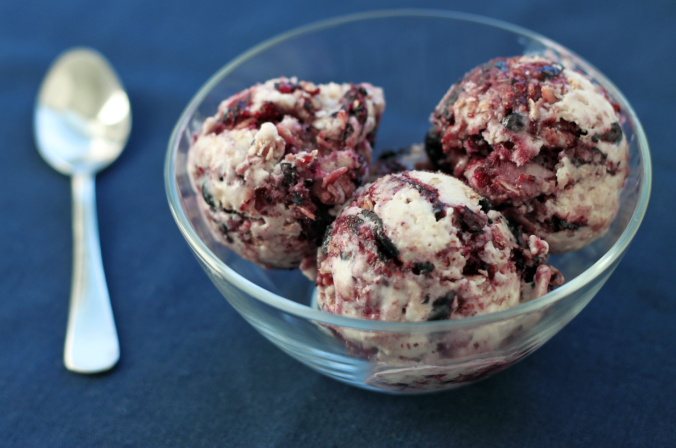 A couple of weeks ago, I decided to use some of my credit card points to purchase an ice cream maker. I’d been waffling about the purchase for a while, trying to decide whether it would utterly annihilate any aspirations of minimalism I had. I mean, it’s a small appliance with a single purpose! (Fine, three purposes if you count making sorbet and frozen yogurt separately!) It’s another THING I’d own and have to make space for and cart around with me when I move! How could I justify it?!

But then I realized I was trapped myself in a self-imposed definition of minimalism. My minimalism can be whatever I want it to be, as long as it works for me. Maybe it’s a cop-out, but I don’t want to feel restricted by my lifestyle. I also realized that whatever teensy amount of anxiety I might feel about owning another THING would be wholly trumped by the sheer joy I’d experience from being able to make my own delicious vegan ice cream. This freaking ice cream maker is not just going to make ice cream—it’s going to make me happy. It sounds materialistic, but c’mon—doesn’t a sweet frozen treat just make you wanna smile?

So now I own an ice cream maker. :) Its inaugural batch was this Blueberry Crumble Ice Cream recipe I stumbled upon recently. Coincidentally, Shannon over at Killer Bunnies, Inc. also made this ice cream for MoFo! Her theme is straight-up ice cream, so I’ve been getting inspiration for future frozen treat-making from her posts.

Oh, and the ice cream itself? Yeah, it’s about as good as it looks. It’s not terribly creamy, but it compensates with a medley of flavors and textures that make every spoonful taste a little different.

I think I’m gonna like owning an ice cream maker. 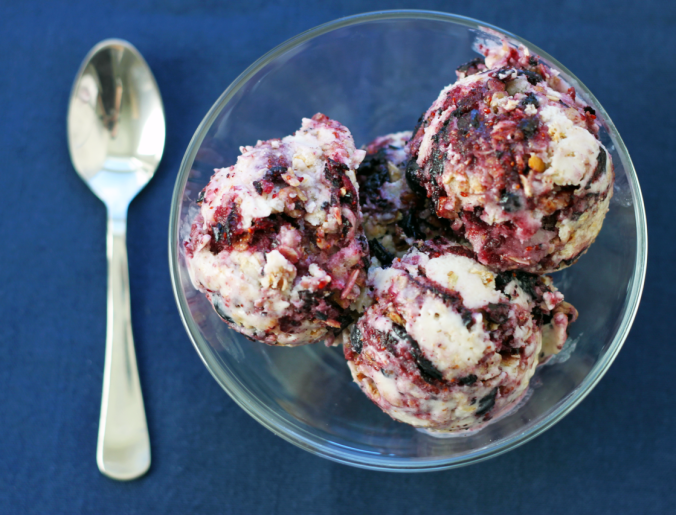 Do you own an ice cream maker or similar one-purpose appliance? How do you feel about it? What’s your favorite vegan ice cream flavor?